Rod Mills just signed a professional basketball contract to play in Georgia (the country, that is).  Here is a great read for athletes who are considering playing college athletics.

While I was working out this summer I had a conversation with my trainer at the sports performance place I go to and we talked about how much goes into being a student athlete in college and all the demands that it comes with. Because he also trains a lot of high school kids as well he said that he feels many of them don’t know how much it really takes and the sacrifice that was involved. Since I played college athletics I thought I would write about the differences and what it takes so that kids in high school can get an idea of what really goes into it.

As a high school athlete, most likely your dream and goal are to make it to play in college at some level whether that is Division 1, Division 2, and so on. All of the hard work you’ve put in to be good in high school and to have the chance to go on and keep playing is something that many kids want. But not everyone is built to be a college athlete and that is fine. You may have gotten burnt out and just want to be a regular student or your areas of interest have changed. Life is all about choices, and when you ultimately make that choice to play in college you should realize some things going into it.

The biggest thing you have to realize is the time commitment that being a college athlete takes. During the season your schedule is so routine and almost every minute there is something that you have to do. You wake up and go to class, and then you have weights and practice, and then you have to eat and then go to study tables and by the time you get through with all that, it’s time to go to bed and do it all over again. And you are doing this for weeks and months at a time and it can be hard if you’re not used to it. You’re going to miss out on things and have to sacrifice because not only do you have to perform well in your sport, but you also have to perform well in the classroom. You still get to go out, hang with friends, but you’re not going to be doing it as much as a regular college student will be able to. You have to realize you are going to miss class due to traveling and at first you think that’s great because I don’t have to go to class. But it honestly hurts more than it helps because the material they cover in college moves so quick and it is easy to get behind because you have to push things back and the work just seems to pile up. But you will have help and teachers are understanding and at the end of the day, the people in college want to see you succeed and graduate.

You also have to realize you’re going to miss out on some holidays and breaks. With basketball our season was basically two semesters, my senior year we went to a tournament in Jamaica and while I would do that 10/10 times we got back in the afternoon on Thanksgiving Day and had practice the next morning, so if you didn’t live close to school you couldn’t have Thanksgiving with your family. At Miami we also had a 6-week winter break, however we only got 4 days off for Christmas and then we were back at school the rest of the time practicing and playing while everyone else is at home. Because you hope to be playing in March and in the tournament, you most likely won’t get a spring break and you shouldn’t want to be on break because that means your season is over. You also only get 6 weeks off for summer break because then you have to be back for summer school and workouts. These are just some things you have to go in knowing if you’re going to be an athlete in college.

Another area that you don’t really worry about in high school, but you do in college is taking care of your body. The amount of volume that your body endures is so much more than what you had to do in high school. Due to the intensity that your coaches are going to expect out of you in weights, and practice your body is not really used to that. Making sure that you eat right (and not just having junk food), stretch and get treatment, taking ice baths, and most importantly getting enough sleep and rest! If you don’t do those things your body is not going to be as good as it could be towards the end of the year. I know late in the season a lot of guys would say their body hurt but then wouldn’t go get treatment because you would have to wake up early to go see the trainer. It’s all about sacrifice but by taking care of your body, it will pay off tenfold down the line and your performance will also be better.

There’s also going to be tough times where you’re going to have to wake up at 5am multiple times a week to do workouts. You’re not going to want to practice sometimes because you don’t feel well, or something happened to you that didn’t go your way. Coaches are yelling at you and you’re not playing the amount of time you thought you should. It all seems to hard and you’ve never experienced anything like this before. You have to realize it’s going to happen, and you have to be mentally strong enough to push through it all and find a way to get better and work hard at all times.

But there is another side to all of this and that is the joy of being a college athlete! I wouldn’t trade my experience for anything in the world and would choose being an athlete in college every time over just being a regular student. You build lifelong friendships and a bond that not many people get to experience. That bond develops through all the early mornings, the tough practices, the amazing wins, and devastating losses. You come together and learn to trust the people around you through the good and bad times. Your teammates are the people you almost do everything with from going to class, workouts, eat, and go out with. You look at for each other and don’t let outsiders come in between you guys. You’re a family and that is something you will have for the rest of your life. You also get a lot of recognition and respect from the community and other people around you. They know how much time you have to put into being a college athlete and that you’ve sacrificed a lot to get to this point. It’s always good hearing people in class say we’re coming to the game tonight or be out and people say good game. You have a lot of eyes on you, so you want to be a good example to little kids and people that look up to you and make sure you’re doing good and things that won’t bring a negative light to you or your program. 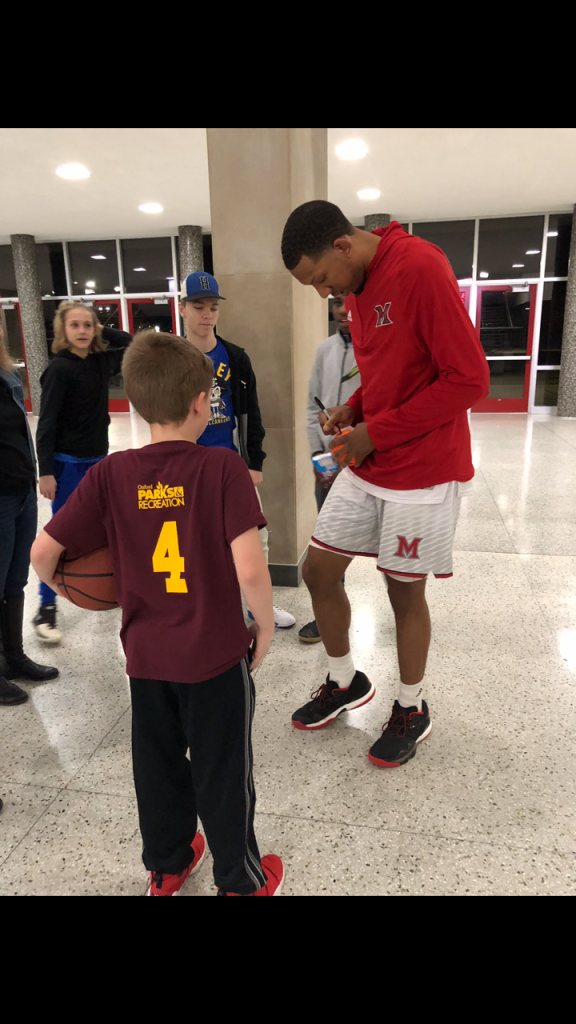 You also have a chance to travel the world and country. In college we played in Cancun, Jamaica, New York, Florida, Louisiana, North Carolina and a bunch of other places. I’ve seen things I wouldn’t have been able to if not for basketball! You get to stay in nice hotels, eat out, and there is nothing like getting victories on the road!

I think the best thing about being a college athlete is the skills that you learn from it. I learned the importance of time management and how to balance and prioritize things in my day so that I wasn’t wasting time and having to scramble at the last minute. That is something that will help you for the rest of your life with any job that you do. You also find out what you are made of. You are pushed to a whole different level and learning that you can go past your limits that you thought you had even though it was hard is something that stays with you forever. You realize you can do a lot more than you thought and that develops a level a mental toughness that you won’t have unless you’ve been put through the fire. I wish I would have realized this earlier, but the mental aspect is just as important as the physical. The quicker you can gain control of your mind and thoughts and how you think about tough situations, the better you will be in the long run.

Check out Rod’s thoughts and writings on his blog, https://www.relentlessfinisher.com.